BuyAutoParts.com is a trusted distributor of authentic Edge Parts. Edge is an American manufacturer of aftermarket performance electronic components, which was established in the year 1999. Its headquarters, which cover an area of 40,000 sq ft, are situated in Ogden, Utah. Edge is a part of the MSD Performance group of companies which also includes the brands, MSD Ignition, Superchips and Racepak. Initially, Edge specialized in the production of performance electronic parts for diesel trucks. Later, it started manufacturing components for both diesel and gas automobiles which include trucks, cars and Jeeps. Edge's parts are used in various makes including Chevrolet, Dodge, Ford, GMC and Toyota.

The company produces a range of modules, monitors, programmers and accessories. It markets its parts under the brand names Attitude, Juice, Insight, Trail Jammer, Evolution, EZ, Mileage Max and Comp. Between the years 1999 and 2004, the firm was recognized as one of the fastest-growing companies in Utah. Edge was also mentioned three times in the list of Inc. 500′s fastest-growing privately held companies. In February 2011, Edge and Superchips integrated to form a single company named Powerteq. However, Edge still continues to market its products under its original brand names. 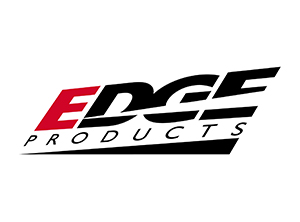 Edge's endeavor to provide top-quality, high-performance tuning products has led to the development of a line of highly-advanced programmers and monitors. The brand's products offer superior performance and fuel economy with stylish designs. The Insight CS-83730 and CTS-83830 gauges/monitors are some of Edge's products for engine monitoring. They are produced to fit into OBDII-enabled cars rolled out after 1996. Edge offers the EAS 12 Volt Power Kit which converts the Insight CS and CTS line of products into a digital gauge. This makes them compatible while monitoring non-OBDII engines.

Edge also rolls out a line of mounting devices including pillar mounts, gauge pillars adapters, custom dash mounts and adapter kits for their programmers and tuners. The CTS Pod Adapter Kit-98003 enables the CTS to fit into custom dash mounts. The Pillar Pod-38404 is designed for the CS and CTS line of products. The pillar pod when installed with the CS or CTS products gives the vehicle a factory-fitted feel. They are suitable for the 2010-2015 Dodge Ram that incorporates a 6.7L Cummins engine. The range of accessories marketed by Edge includes CS & CTS OBDII extension cables, ambient temperature sensors and starter kit cables.

BuyAutoParts.com stocks an extensive selection of Edge performance parts and accessories at unbeatable prices. Fit Edge parts into your cars and give your vehicle a boost in its performance and handling.