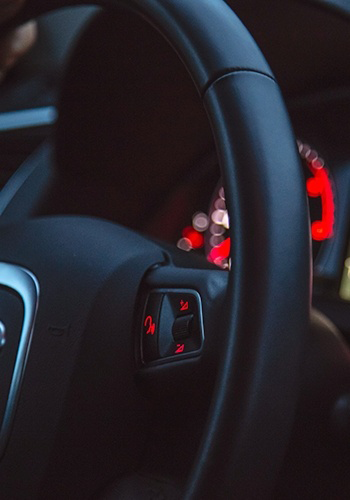 
MR-3438 is an OES front magnetic ride strut for the 2007-2010 Cadillac STS (GMX295 Platform) with Rear Wheel Drive (RWD) equipped with the GM magnetorheological damper system (Z95 RPO). This magnetically controlled strut from Arnott provides the same highly adaptive ride as the OE. The monotube damper is filled with magnetorheological fluid which is a synthetic hydrocarbon oil that contains iron particles that are easily magnetized. The damper includes two electromagnetic coils which, when turned on, instantly change the bonds between the magnetized iron particles to alter the viscosity and stiffness of the suspension. Arnott's new Magnetic Ride Cadillac STS front strut connects to the vehicle's ECU with no modifications. WARNING: Cancer and Reproductive Harm. www.P65Warnings.ca.gov

It will currently take 2 to 4 weeks to ship this auto part. Please look for a "Customers Also Ordered" or a "Also Guaranteed To Fit..." section on this page for related auto parts. These other options will ship out much sooner.
Industry Leading Warranty
FREE - Minimum 2 Year Unlimited Mile
We Cover All the Shipping
Extended warranties available at checkout
Warranty Details
Rebuild & Return
How it works
Benefits
How to start the process