BuyAutoParts.com offers DiabloSport parts at unbeatable prices! DiabloSport is one of the leading developers of vehicle technology. Its headquarters are located in Delray Beach, Florida. The firm specializes in manufacturing automotive tuning and calibration products. The company's objective is to offer products that provide cars with maximum power and tuning. The Trinity, PowerPuck, Predator, MAFia and CMR are some of the popular products designed by DiabloSport.

Engine tuning basically refers to adjustments or modifications in the engine or the ECU (Engine Control Unit), based on the personal preferences of the drivers. Tuning often results in an increased horsepower and efficiency of the engine. In some cases, depending on the driver’s choice, the engine may be detuned to reduce its performance efficiency. 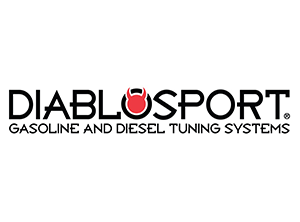 DiabloSport was established in 1989, when it manufactured the first custom tuning software, the Chipmaster. The software was produced to fit into a Ford Mustang car. Although the software was not released to the public, it served as the basis for the development of a wide range of modern-day tuning software. DiabloSport's first commercially available chip was produced for the EEC-V Mustang. The company then realized that customers were in need of custom tuning software for various aftermarket parts such as turbos and headers. This paved the way for the Chipmaster Revolution. This software was made internal and was available to DiabloSport's network of dealers, who used them to tune vehicles' according to their customers’ needs.

The success of the tuning software made DiabloSport a key player in the tuning industry. DiabloSport's software got an excellent reception among customers, leading the company to begin manufacturing a line of tuning chips. The company’s continued success resulted in the development of DiabloSport's flagship product, the PowerPuck, which was produced for the Cummins engine. It was one of the first inline devices in the automotive industry.

The brand then started manufacturing a universal diagnostic tool, the Hellion, which detected and cleared the error codes in the car's computer. It was followed by the introduction of the Predator, a hand-held programmer in 2002. This was the first programmer to incorporate innovative features such as tuning support, online updates and adjustable parameters. The company also released the DSDownloader Software (DSDL), which helped users update their Predator programmers with improved features. DiabloSport also manufactured shift valves and upper pulleys for supercharged Ford Mustangs. The succeeding product line, the MAFia, was manufactured for custom-tuning Ford automobiles. The MAFia’s function was to prevent the mass air flow (MAF) sensor from reaching the peak voltage.

Another achievement in the history of DiabloSport was the release of the Trinity all-in-one-programmer in 2009. The programmer included a performance programmer, live data monitor and customizable gauges. The Trinity is still one of the most-advanced programmers employed in vehicles. Following the Trinity, DiabloSport released the Catch Can line of products for Chrysler, Dodge and Jeep vehicles. 2011 saw the launch of the inTune, an outstanding hand-held programmers, which replaced the Predator. The brand has also developed the CMR, a tuning and EFI Calibration software which can be used to tune Dodge, Ford and General Motors automobiles.