BuyAutoParts.com is proud to be a distributor of high-quality Hypertech parts. Hypertech is a company that offers high-performance engine tuning components that are controlled by a computer. It was established in the year 1985 by Mark Heffington. The company specializes in the production of Power Programmers, which are self-contained tuning computers for vehicles. It also manufactures Power Chips for older automobiles.

The company’s first product, the Power Chip™, was introduced in 1986. In 1993, the brand launched the Power Tuning Module, which was followed by the introduction of the Power Programmer in 1994. 1995 saw the introduction of the Power Chip™ for diesel automobiles. The HyperPAC and the Max Energy Power Programmer were launched in the years 2004 and 2007, respectively. The current line of products offered by Hypertech includes the Max Energy™, E-CON™, Max Energy Sport, HyperPAC and the Speedometer Calibrator. The range of accessories offered by Hypertech includes the power coil kits, fuel pressure gauges, power pumps, cool fan switches, adjustable fuel pressure regulators, air chargers, PowerStat™ and power chargers. 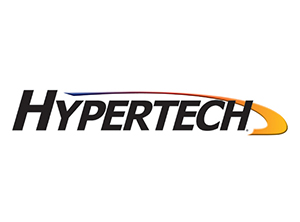 Engine tuning is the process of making adjustments or modifications in the engine or the ECU (Engine Control Unit) to increase the horsepower and efficiency of the engine. A vehicle can be tuned based on the preferences of the drivers. Hypertech understands this and strives towards improving their tuning products to accommodate their customers’ growing needs. The brand comes up with innovative ideas and implements them in their tuners/programmers. This integral quality of the company has cemented it as a strong competitor in the aftermarket tuning industry. Every product that comes off from the brand's assembly line guarantees extraordinary features that ensure a fine, superior tuning of the engine.

Some features of the Max Energy™ engine tunres include power tuning, automatic transmission adjustments, active fuel management and 0-60 throttle restriction. In addition, these tuners can read and clear the engine error codes. The E-CON™ Economy Power Programmer provides “Regular Octane” tuning for both gas and E-85/Flex-Fuel vehicles. These programmers can be used to tune vehicles which employ the more economic regular octane. Hypertech's programmers are available with an USB cable and a software installation CD, which allow for the software to be easily updated through the Internet.

The company's Speedometer Calibrator can adjust the speedometers and odometers for vehicles with tires up to 54 inches in size. These devices allow quick adjustments in the tires and can be upgraded to the Max Energy Power Programmer over the Internet. The HyperPAC is a performance automotive computer that helps in assessing engine and transmission functionality, detecting problems and clearing trouble codes. The device is available with a user-friendly, high-resolution, touch-screen display. The brand also offers highly-advanced power tuners, called the Interceptor, for 2011-2014 Chrysler, Dodge, Jeep and Ram vehicles, and 2007-2014 Toyota and Lexus cars.

BuyAutoParts.com stocks genuine Hypertech parts at wholesale prices. We are committed to customer satisfaction. To find out more about our services and car parts, feel free to contact us via our support line or leave us an e-mail. Our US-based auto parts specialists are here to answer all your questions regarding our Hypertech parts.