BuyAutoParts.com sells Superchips parts and accessories at unbeatable prices. Superchips is a manufacturer of electronic tuning products for modern cars and trucks. It was originally established in England in 1983 to cater to the British racing community, providing them with tuning solutions for computer-controlled fuel injection systems. Eventually, the company expanded as it began to sell its products worldwide. Its current headquarters are in Sanford, Florida. The brand produces hand-held tuners that substantially increase the performance of cars. Superchips' tuners are manufactured in the United States.

Initially, Superchips produced EPROMs – chips that were installed in the vehicle's control module. These chips modified the performance settings of the fuel, spark and transmission systems, while maintaining those of the emissions and safety systems. These modifications boosted the car's power, torque and drive outputs. However, with the introduction of the OBD-II control module, EPROMs were replaced by under-dash ports that allowed users to modify the settings without removing the EPROM. Therefore, Superchips switched to the production of hand-held tuners, which catered to these newer models. 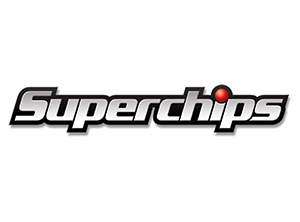 The brand's tuning products are available for a range of jeeps, cars, trucks, SUVs. In addition, the brand manufactures parts for Harley’s range of motorcycles. Superchips' Ford Cortex 1950 and GM Cortex 2950 handheld tuners come with a Multi-VIN feature. These tuners allow users to tune two vehicles that incorporate parts from the same Original Equipment manufacturer. This is an instance of Superchips innovation in incorporating unique features into its products.

The Jeep Flashcal 3570 tuners that are manufactured by the brand can be employed for clearing trouble codes, optimizing the Electronic Stability Program's stability settings and adjusting engine idling specifications for winching. The new features launched for these tuners can be updated easily over the Internet. The brand's Ford Flashpaq 1842 and GM Flashpaq 2842 tuners are designed to provide an improved fuel economy and throttle response. Superchips' water-proof EAS Ambient Temperature Sensors 98610 can be readily installed in vehicles that do not come with an ambient temperature sensor, as they can easily be connected with the Universal Sensor Input system.

BuyAutoParts.com carries authentic Superchips tuning parts and accessories. You will find Superchips parts here at the lowest prices online. If you are looking to buy a fine-tuner that allows adjusting the settings of your vehicle to a greater extent, purchase one of Superchips tuners at BuyAutoParts.com. Manufactured to give a complete tuning experience, the brand's tuners will match or exceed your expectations. Visit us to avail the latest offers and discounts on our auto parts. Taking care of our customers is our top-most priority. Feel free to contact us via our toll-free support line or email if you need any guidance.