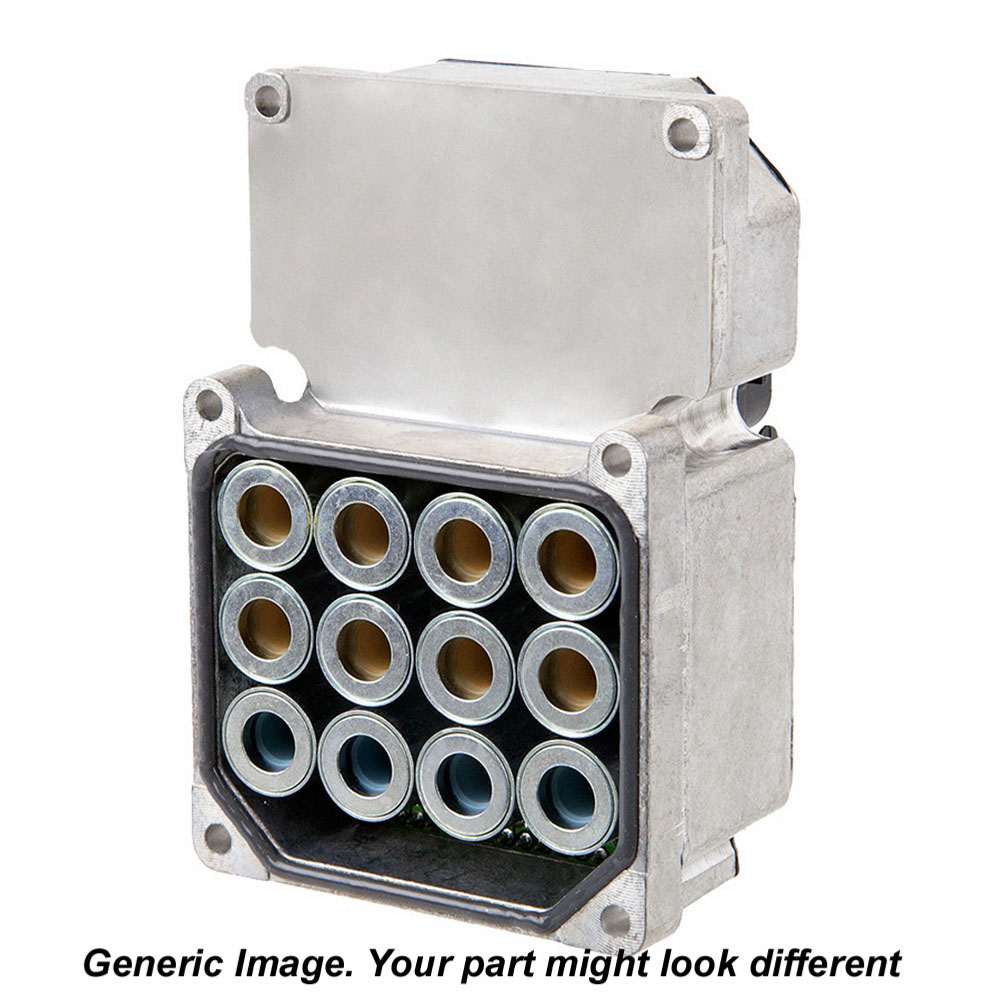 These control modules act as a center hub, where information from other systems and sensors are collected and used to control their respective systems in a streamlined way. They are also responsible for indicating any possible faults with the concerned system way before they start exhibiting the symptoms of failure. Usually, the control modules turn on the respective warning lights in your vehicle's dashboard when all is not well with the corresponding system. This makes it easier for the driver to look into the problem and get it fixed right away. However, there are also occurrences where the control modules themselves can go haywire. In such cases, they are bound to cause a multitude of problems within their related systems, which can be seriously detrimental to the overall efficiency of the automobile.

This section is dedicated to the ABS control module, where we will focus on the various aspects of the ABS control module and the steps to fix a faulty control module. Before we start with explaining the ABS Control Module, we need to know what the function of the ABS is. The ABS (Anti-lock Braking System) is one of the various mechanisms that ensures the safety of the vehicle by providing traction whenever it is needed. Other safety systems include electronic brake force distribution, cornering brake control systems, tire-pressure monitoring systems (TPMS) and adaptive cruise control.

What is an ABS Control Module?

The main purpose of the anti-lock braking system is to prevent the uncontrollable skidding of the vehicle by providing improved traction whenever required. ABS has been used in automobiles since the 1970s. Initially, as with most advanced automotive systems, anti-lock systems were available only with high-end luxury and performance automobiles. These days, the ABS is a stock feature in many vehicles. The anti-lock braking mechanism is considered to be a combination of the techniques of threshold braking and cadence braking, but is more efficient than both mechanisms. Modern systems like the electronic stability systems are considered an evolution of the ABS.

The ABS mechanism mainly includes the ABS sensors, a control module and hydraulic valves, which work hand-in-hand to prevent the wheels from locking up. Hence, the name of the system: anti-lock braking. In modern vehicles, all the four wheels have ABS sensors or wheel speed sensors in them. Some vehicles use two ABS sensors in their configuration. Here is a video on how to determine whether your vehicle has two-wheel or four-wheel ABS.

Some ABS sensors are located within the wheel hub assembly while others are located outside them. Irrespective of their location, ABS sensors track the speed of the wheels continuously and send a corresponding voltage to the ABS control module. Here is some more information on ABS sensors.

The module continuously compares the speeds of all four wheels. If one wheel is turning slower than the rest of the wheels, the control module actuates the brake hydraulic valves to reduce the braking force sent to that particular wheel. This makes them run faster, thereby bringing them back in synchronization with the other wheels. On the other hand, if the module finds that a specific wheel is rotating faster than the other three wheels, it applies more braking force to that wheel, bringing the speed of the wheel down, in accordance with the speeds of the other wheels. This way, the traction of the vehicle in any terrain is restored by the ABS control module with the help of the sensors and valves.

There is generally a difference in the speeds of the wheels while the vehicle is rounding a turn, since the inner wheels will rotate slower than the outer wheels. This is because, while turning, the outer wheels need to travel a greater distance than the inner wheels. The ABS control unit is programmed to ignore the differences in the speeds of wheels up to a certain level, which includes the speed differences while making a turn or rounding corners. Generally, when the ABS system is activated, the driver can feel a pulsation in the brake pedal, due to the rapid opening/closing of the valves.

Problems with the ABS sensor and Control Module

If the ABS Control Module is defective, it may ignore the readings of the speeds of the wheels sent by the sensor. On the other hand, if any of the ABS sensors fail, the control unit becomes unaware of the rotating speed of that particular wheel, thereby failing to detect a condition where traction is needed. It is not always that ABS sensors need replacement. They can perform below their expected efficiency due to the debris picked up from the roads. Oftentimes, cleaning the ABS sensors will restore the system to function effectively as before. Other problems with the ABS system include faults in the wiring and fuses. A faulty ABS control module can cause abnormal braking behavior, especially at low speeds.

Any defect in the ABS system, including the control module, is indicated by the vehicle's ABS warning light in the instrument panel.

Since the ABS system is connected to other systems like the electronic stability control, indirect Tire Pressure Monitoring System (TPMS) and traction control system, a failure in the ABS system will affect other systems, as well. Whenever the ABS control module is tested for defects, it is advised to also check the other pertinent components in the mechanism, as well.

If you see the ABS light glowing in your dashboard, but are uncertain about the actual defect in your ABS system, the best tool to find out what is going is the OBDII scanner. The scanner is used to read the error codes in OBDII systems. Compare the displayed OBDII diagnostic/error code against the readings specified in the owner's manual to ascertain whether the problem is with the control module or any other part in the system. If you find the defect is with the control module, you can shop for a high-quality replacement control module at BuyAutoParts.com!

In some vehicles, the ABS control unit is shared with the traction control system. In that case, you should choose a new replacement ABS control module that is designed to control the traction system, as well.

After the ABS control module is repaired, it is advised to flush the brake system with fresh brake fluid. (Replacing the brake fluid is mandatory for some ABS systems.)

How to Replace ABS Control Module

Here is a general step-by-step procedure to replace a defective ABS Control Module in a vehicle. For vehicle-specific information, we recommend sticking to the guidelines described in your owner's manual.

Before you start with replacing the module, make sure you have the required tools within reach, including screw drivers, socket sets and protective wear.

Note: Some modules need to be programmed, before they are installed.

If your installation has been done right, the ABS warning light will be turned off in the next few minutes after your turn on your vehicle. Most vehicles do not require clearing the error codes.

If you want a top-notch ABS control unit for any make including Audi, Volkswagen, Toyota and Nissan, you can buy them at BuyAutoParts.com.

4 Wheel ABS or 2 Wheel ABS Explained
Depending on the configuration of your car, it can have ABS sensors employed in all four wheels or only two wheels. This video helps you ascertain whether there are two or four ABS sensors in your vehicle.

What is an ABS Sensor
This section gives you a brief on the purpose, function and location of the ABS sensors in your vehicle. Read through this article to get a greater degree of understanding about ABS (anti-lock braking system) sensors.

Your ABS Sensor can Save Your Life
The ABS sensor is a part that is installed to ensure the safety of your car. This article focuses on the importance of ABS sensors in maintaining the stability of your car.

How to Save Money at the Mechanic's with Affordable Car Parts
Car repairs and maintenance can often drain your wallet. Here are some tips which can help you save a considerable amount of money for auto repair.