Valeo is a multinational automaker whose headquarters are in Paris, France. It was established in the year 1923 as Société Anonyme Française du Ferodo. The company initially produced brake linings and clutch facings under the license of Ferodo, a British company that specializes in the production of braking materials. In the 1960s, the brand expanded its range of components with the introduction of braking systems, thermal systems, lighting systems and electrical systems. In 1980, the company changed its name to Valeo. The same decade saw the expansion of the company's presence in countries including the United States and South Korea. Today, Valeo markets auto parts in over 29 countries. The brand's parts are available for major automakers including Audi, Aston Martin, Nissan, Peugeot and Volkswagen. 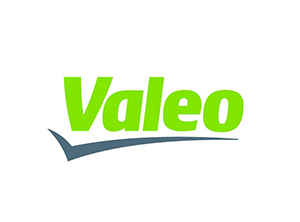 While fulfilling the needs of the current trends in the industry, Valeo never restrains itself from producing parts that meet the demands of the future market. Environmental sustainability is one of the key areas that auto-manufacturers are currently focused on. To reduce CO2 emissions, the brand manufactures products that consume less energy and are environment-friendly. For instance, the LED lights manufactured by the brand consume less energy than regular lights. In the 2000s, the brand launched the Stop Start technology. This innovative technology reduces the fuel consumption of the vehicle by stopping the engine when it idles.

Valeo's line of superchargers is built to reduce the fuel consumption of vehicles. The brand's superchargers focus on enhancing the dynamic response of low-speed engines while providing the best performance. The wiper system produced by the brand employs two individual reversible motors for its arms that are synchronized, unlike standard wiper systems that have their arms connected by a linkage. This feature makes these Dual Direct Drive wiper systems superior to standard wiper systems available in the market. The brand's range of revolutionary compressors consists of two pallets and is designed exclusively for compact vehicles.

We at BuyAutoParts.com are here to get you the right Valeo part for your vehicle at the lowest prices. You can make your purchase in our site by simply choosing the part and its right model number. Once the search button is clicked, we will display the correct fit for your vehicle. If you need any technical support, you can either call us on our toll-free support line or drop us an e-mail. Our outstanding sales and support team is always at hand to give immediate responses to whatever queries you may have regarding our services and car parts. Our services are open from Monday to Friday. We would love to hear what you think of our services and auto parts. You can let us know your thoughts by leaving an online review.