Dash Cams: Are They Worth the Investment?

YouTube has recently been blasted with crazy dashboard surveillance camera videos, mainly from Russian motorists. It’s become so popular in Russia that nearly 1 in 3 drivers have one installed in their car. The most insane video that I’ve seen recently was a head-on collision between a motorcyclist and an SUV. The video almost seemed staged, because you were able to witness 3 different angles of the same accident, all taken from dash cams from cars that were at the scene, including the SUV that was in the collision. Now that’s crazy. 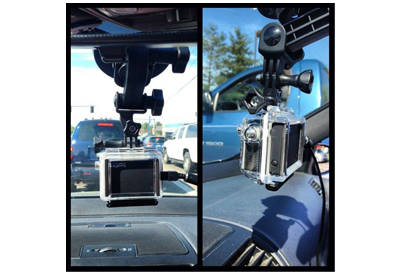 It’s far more uncommon to see motorists in the United States have a dash cam set up, but is it time to start investing?

Dash cams have been around for a long time – you’ve seen Cops right? The show is built around the dash cam! So why is it so popular in Russia now? Is the entire Russian public all street racers and want to document all of their shenanigans? The answer is actually quite practical. Due to the high rates of insurance fraud in Russia, the cost to own and insure a vehicle is outrageously expensive. The courts are unlikely to award payout without clear evidence if an accident and owning a dash cam can provide said irrefutable evidence. Makes sense right?

So let’s apply the same rationale to the United States. No insurance company in the country will lower your insurance rate if you install a dash cam. Sure, if you ever get into an accident, you can provide some pretty great footage of it. But if you think about it, how many accidents do you actually witness while driving? It’s rare! Just imagine the hours and hours of dull footage you’ll have of your car driving to work or sitting in traffic.

Driving in Russia is much more hazardous than the U.S. The estimated traffic related death rate in Russia is 25 people per 100,000 in the population per year. In comparison, the U.S. is looking at an average of 13.9 people. So the chances of you catching a Bond worthy movie explosion in the middle of our roadways are slim to none, despite all the videos that have been posted up on YouTube.  You might as well flip the camera around and document your road rage. I hear the US is well known for that one.