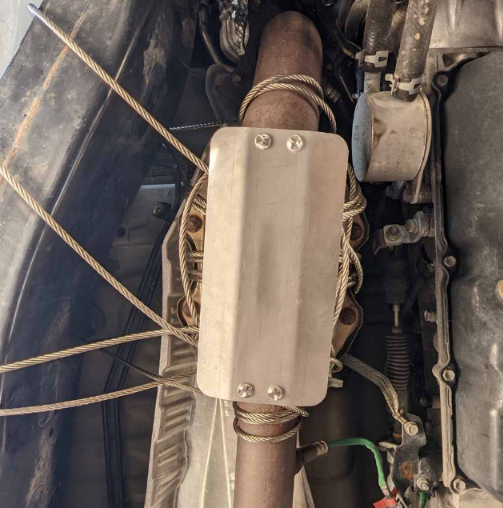 Catalytic converters are an essential part of a vehicle's exhaust system, responsible for reducing harmful emissions and helping to protect the environment. They are made of precious metals such as platinum, palladium, and rhodium, which make them a valuable target for thieves. In recent years, there has been a significant increase in the number of catalytic converter thefts across the United States.

These thefts can be costly for car owners, as the cost to replace a stolen catalytic converter can range from $1,000 to $2,500 or more, depending on the make and model of the vehicle. In some cases, the cost to repair the damage caused by the theft can be even higher.

In addition to the financial cost, catalytic converter theft can also cause inconvenience and stress for car owners, as they may be without a vehicle for an extended period of time while the repairs are being made.

There are several measures that car owners can take to protect their vehicles from catalytic converter theft. One of the most effective ways is to park your car in a secure, well-lit area. This can make it more difficult for thieves to access the catalytic converter without being noticed.

If you suspect that your catalytic converter has been stolen, it is important to report the theft to the police and to your insurance company as soon as possible. Be sure to provide as much information as possible, including the make and model of your vehicle and the location where the theft occurred.

Overall, it is important to be proactive in protecting your vehicle from catalytic converter theft. While there is no surefire way to completely eliminate the risk, taking steps such as parking in a secure location and installing security devices can help reduce the chances of your vehicle becoming a target.