Symptoms of a Damaged or Failing Alternator

The alternator supplies power to a vehicle’s electrical components like the headlights. The alternator tends to fail gradually, and its warning signs can signify future breakdown long before it occurs. Diagnosing a problematic alternator early can save you from a world of trouble. Avoid ignoring the tell-tale signs, and get the problem fixed before you’re stuck with an inoperable vehicle. Here we have explained some of the prominent symptoms and causes of worn-out alternators. 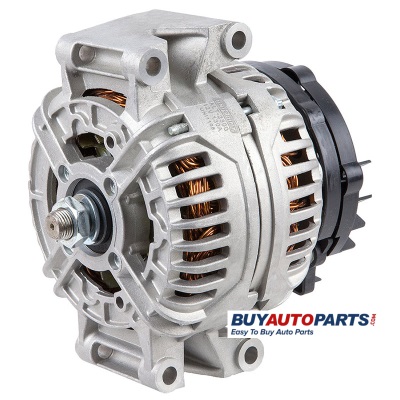 Symptoms of a Faulty Alternator

Difficulty Starting/Runs Rough
It requires a good deal of energy to crank the car’s motor, and if a battery is not replenishing its power properly due to a faulty alternator, it will become drained and ineffective. You will hear a clicking noise while attempting to start the car, and the engine will have difficulty turning over. The initial course of action is to check your battery, be sure to check your alternator for problems, as well.

Degrading Performance of Electrical Components
This warning sign is less obvious, but will progress in frequency. Over time, it will become evident that the alternator needs attention. Electrical components in the car will slowly start showing signs of failure: the headlights and dashboard lights will dim or the power windows will roll slower than usual. Eventually, these electrical components will cease to operate completely.

Growling or Whining Noise
The alternator is driven by a belt in conjunction with the crankshaft pulley. The alternator pulley typically spins about two times faster than the crankshaft pulley to produce the necessary power for the vehicle at lower engine speeds, especially while idling. If the pulley is not in correct alignment with the belt, or if the bearings are won out, the alternator will make a growling noise. Be sure to perform a visual preventative check of the belt for cracking, excessive wear and other age-related issues.

Smell of Burning Rubber
The scent of burning rubber or scorched wires sometimes indicate an alternator failure. Friction between a misaligned belt and the pulley will emit a smell of burning rubber. The burning wire smell can be caused by an overheated alternator.

Warning Light
When your alternator does not perform up to its usual standard, the ALT or GEN light in your automobile's instrument panel will light up. If the electrical components of your vehicle do not seem to have their original potential, it is recommended that you check your alternator along with them.

Causes of a Bad Alternator

Most times, you might be confused as to whether the problem is with your car's battery or alternator, as they work hand-in-hand with one another. The following tests can help you ascertain the actual defective part: