The Cars of Breaking Bad 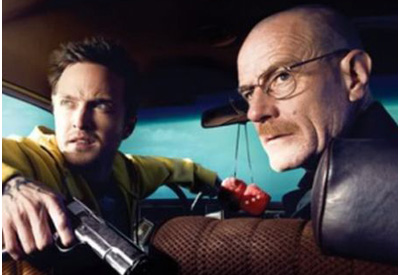 For the few who are unaware of this unique drama series, AMC’s Breaking Bad is about a lung cancer-stricken high school chemistry teacher who goes deep into the business of cooking and selling meth. The show’s 5th season “Part Two” is premiering this Sunday, after a year-long hiatus, and it only seemed appropriate to highlight the awesome cars that are on the show.  None of these cars are spectacular in any way (it’s not like Walter White is rolling around in an Audi shooting up gangsters), but then again none of them are remotely boring either. The cars appear to be singularly picked to match their respective owners and are the perfect accessory to enhance the deep-seeded darkness of each character. 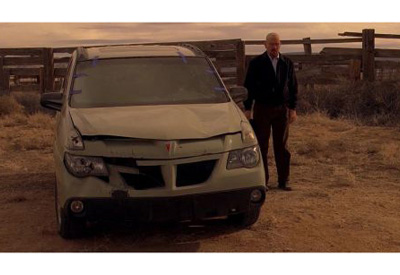 This car is in no way very popular, we even wrote an article about it earlier this week about how it’s one of the “3 Most Hated American Cars”. This is exactly why the Aztek is perfect for Walter White. At the start of the show Walter is just an average guy, with an average life, and has a rather pathetic personality that earns him zero respect from the people he interacts with. So considering that the Aztek is the butt of so many jokes in the automotive industry, it only seems appropriate that Mr. White is cruising down the streets in one of these. As the show progresses though, and Walter gains more self-esteem (he also wrecks his Aztek), his ride significantly improves to a black Chrysler 300C SRT8. 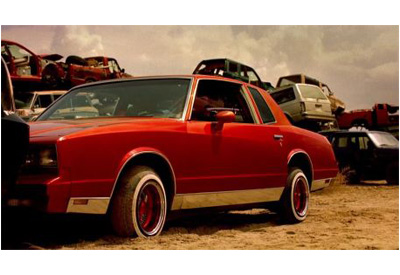 Before he became Walter’s full blown partner in crime, Jesse was Walter’s former student and was introduced to the show escaping from a two-story suburban home. His getaway car of choice was a red Monte Carlo fully decked out with hydraulics – the perfect car to fit his thug wannabe persona, yo. Jess is a habitual screw up – addicted to drugs, cooked his own line of meth, and is caught up with all the wrong sorts of people. He even earned himself the pseudonym “Cap’n Cook” for adding chili powder to his meth, which he proudly displays on his license plate (“THE CAPN”). As the show progresses, Pinkman becomes less ostentatious and is one of the few characters who is truly remorseful of his actions in the meth ring business. Ultimately, Jesse ditches the Monte Carlo and eventually gets a more dependable and loyal car, a Toyota Tercel. 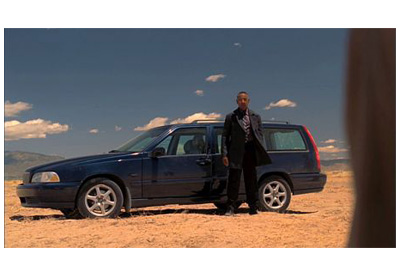 Considering Gus is the head of the largest drug ring in the South West, he had to have a solid back-up story. In order to keep his illegal business under wraps and keep a pristine slate to the authorities, Gus runs and operates his own chain of fast food restaurants, Los Pollos Hermanos, and maintains a friendly, do-gooder personality. Gus is outwardly involved in charity, including a large donation to the DEA office where Walter’s brother-in-law, Hank, is employed. No one would suspect this guy could be one of the most ruthless leaders in the drug business. Considering the extreme caution necessary to avoid authorities for decades, Gus had to own a car that was safe and sensible, and the V70 is just that. 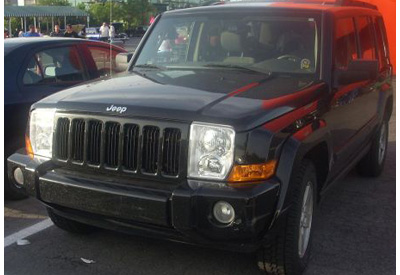 DEA agent Hank is an aggressive, “I’m going to catch all the crooks in this county” kind of guy, which makes the Jeep Commander a great car for him. Hank is type to take matters in his own hands and go on investigations without any sort of back up, which sometimes can get him in trouble. Same goes for the Commander – it can take the terrain head-on, but may not be heavy duty enough to get out of the tough stuff.  Plus, the sinister black SUV is a perfect DEA-mobile. 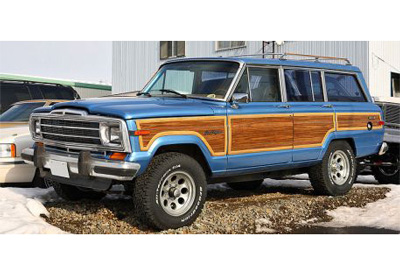 As Walter White’s wife, she’s probably the most frustrating character on the show. She is completely oblivious to Walter and his life – the severity of his cancer, his drug dealing, and ultimately the man he turns into. So when you see her driving this Jeep, it only enhances her suburban mom cluelessness.

Can you think of any more cars that match other characters in the show?