5 U.S Cities with the Worst Traffic

Traffic is probably the worst thing about living in a city. HOURS OF OUR LIVES LOST JUST SITTING THERE IN OUR CARS!  So many factors go into why traffic is the way it is; population, urban planning, road width, accidents, weather, etc. Whatever it is that is causing bad traffic, these are the cities that have it the worst:

1.     Los Angeles: This one comes as no surprise to anyone. L.A’s biggest problem? Population. Urban planning and traffic control in L.A are actually very advanced, because if it wasn’t this city would be the biggest nightmare in the world for commuters since almost EVERYONE drives to work (84.1% of people drive to work).  L.A is the second most densely populated city in the country and not enough Angelinos take public transport to work (6.2%).  Annual delay for each commuter: 61 Hours 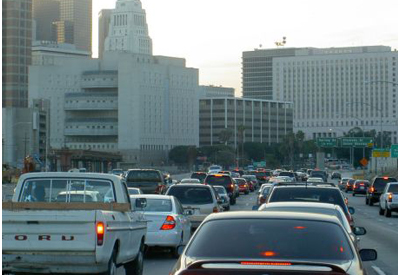 2.     San Francisco: Unlike L.A, the San Francisco Bay Area has one of the best public transport systems in the country. It is still not enough, San Francisco simply has to have good public transport because of how densely populated it is (third-highest in the country). Other factors that contribute are the influx of suburban dwellers to go work their 9-5s in the city, and just not having very wide streets or highways. Annual delay for each commuter: 61 Hours

3.     New York City: If you somehow combine San Francisco and Los Angeles, you get New York City. New Yorkers know way too many people live in their city, so most of them don’t even want a car. New York City also has a pretty effective subway system which can make life easy without a car. However, New York City’s problem is just the amount of people that live in the city. It is the biggest city in the United States with a population of 8.245 million people (twice as big as L.A) and a metropolitan area containing over 19 million people. The city itself is also the most densely populated so commend NYC for not being on the top of this list. Annual delay for each commuter: 59 Hours 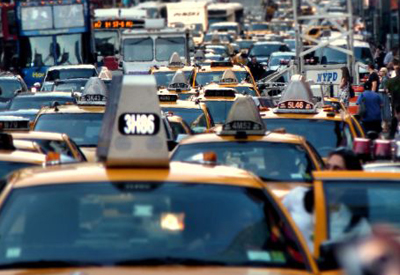 4.     Boston: This city’s downfall for traffic; interstate 93 and three hellish corridors on it that account for some of the worst traffic in the world. Boston commuters all seem to be going to the same place and that is why this city made the list. The city is not overly densely populated like the three cities listed earlier (9th highest in the nation), nor is it anywhere near the highest on the percentage of people driving to work (76.8% drive to work, 8 lowest in the country). Somehow commuters still spend 53 hours a year on average in traffic. Annual delay for each commuter: 53 Hours

5.     Washington D.C:  What is going on in the nation’s capital? Inconvenient urban planning. D.C’s average commute time was about 34.5 minutes, the second highest in the country behind only New York City. The city also has an ‘annual delay for each commuter’ time of 67 hours, which is the highest on our list. What puts D.C at 5th? A not-so-dense population and a lower percentage of people driving to work compared to the rest of cities on the list. Annual delay for each commuter: 67 Hours 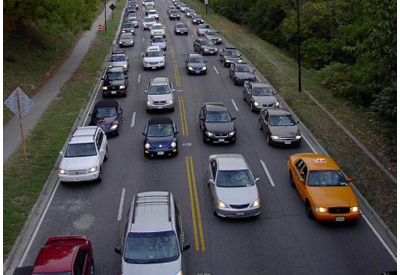 If you don’t live in one of these cities, be happy! But not too happy cause most of us city dwellers spend way too much time in traffic. #nomoretraffic