How To Tell If Your Toyota Tacoma is a PreRunner

Toyota first started selling pickup trucks here in 1966, and Nissan began importing the 620 shortly after. These new imported trucks were unlike anything the domestic manufacturers were offering; aside from the reliability and durability their passenger cars were becoming famous for, they were significantly smaller and less expensive than the Chevy & GMC C/K or Ford F-Series. This meant that they could be a second car for homeowners and hobbyists to get weekend projects done, or an alternative to the frankly dismal compact car options at the time. We all love the VW Beetle, but a Toyota pickup might be a more appealing option than a Ford Pinto or Chevy Vega.

The popularity of these trucks through the 1970’s did not go unnoticed by Detroit’s big 3, who quickly sourced their own imported trucks to keep customers in-house. The Mazda B2000 became the Ford Courier, the Isuzu Pup became the Chevy Luv, and Mopar actually had two entries in the category – a Mitsubishi-sourced minitruck that became the Dodge Ram 50 and Plymouth Arrow, and front-wheel-drive car-based model derived from Lee Iacocca’s K-Car platform, amusingly called the Dodge Rampage.

Four-wheel drive became a popular option in this increasingly competitive category, which may be the genesis of the “lifestyle truck”. Yes, some of these trucks were incredibly capable, but they were also cool, fun, and inexpensive, which lead to them showing up in high school parking lots across the country. Toyota is the one with the bulletproof reputation, but all these trucks were pretty reliable, and they still had the functionality of a pickup bed as well. Extended cab options, automatic transmissions and more comfort options like AC made them more usable for the day-to-day, and that is a trajectory they’re still on today.

The Toyota Tacoma came out for the 1995 model year, replacing a model called the Toyota Hilux everywhere else in the world, but just known as the Toyota Pickup or Toyota Truck here. This was the first time that the truck was designed specifically for the US market and the way we use our trucks. In other parts of the world, the Hilux is a genuine workhorse, but in the US, people who need a truck for work generally gravitate to the full-size models which give you more space and V8 power for our highways. There are landscapers, exterminators and other tradespeople who use compact pickups, but many of them sold here are primarily used as commuters that can support weekend hobbies.

The 1995 Tacoma was still available as a value-leader 2WD truck for tradespeople or anyone else who just wanted a small, affordable reliable pickup. Thinking that the 4WD model would be a commuter vehicle for most buyers, it got improvements like a coil spring front suspension, rack & pinion steering, and a more powerful base engine. The ultimate iteration of the Tacoma as a lifestyle accessory was the 1998 Tacoma PreRunner, which gave you all the improvements and styling of the 4WD truck, just without the 4WD system, to deliver a lower price and better fuel economy to customers that did not plan to take the vehicle off road.

The Tacoma PreRunner was named after support vehicles for off-road racing which would “Pre-Run” the race course to look for hazards and better prepare for the event. 4WD is rarely required for this use and can sometimes be a hinderance. 4WD through an independent front suspension was a fairly new idea at the time that had some weary of its durability, especially at higher speeds, and the solid front axles of older 4WD vehicles were less suited for sustained speeds over uneven terrain because of the additional unsprung weight.

Toyota offered the PreRunner appearance package from 1998 all the way to 2015. When the truck was redesigned for the 2016 model year, 2WD and 4WD trucks shared a mostly similar suspension layout, and the PreRunner name was discontinued, though in a sense, every 2016 and newer Tacoma 2WD could be considered a PreRunner by the earlier definition.

Because of the drastic changes between a standard 2WD Tacoma and a Tacoma PreRunner, there are many parts that only fit one model or the other. There are a few ways to determine if your Tacoma is a PreRunner:

-Lack of a 4WD system – A PreRunner would not have a transfer case selector inside, front CV axles, or locking front hubs on some 1995-2000 models

-Badging - Your truck would usually have a badge on the tailgate stating PreRunner or 4x4, though that may have fallen off or been removed by now. 2WD non-PreRunner trucks would not have either of those

-Wheel Hubs – 4WD and PreRunner trucks use a 6-lug (6x139) bolt pattern to hold on the wheels. Non-PreRunner 2WD models use 5-lug (5x114.3) hubs. This is probably the easiest thing to check if you are unsure.

If you’re still not sure, feel free to contact us with your vehicle’s VIN and we can try looking it up to verify which model you have and direct you to the correct replacement parts. 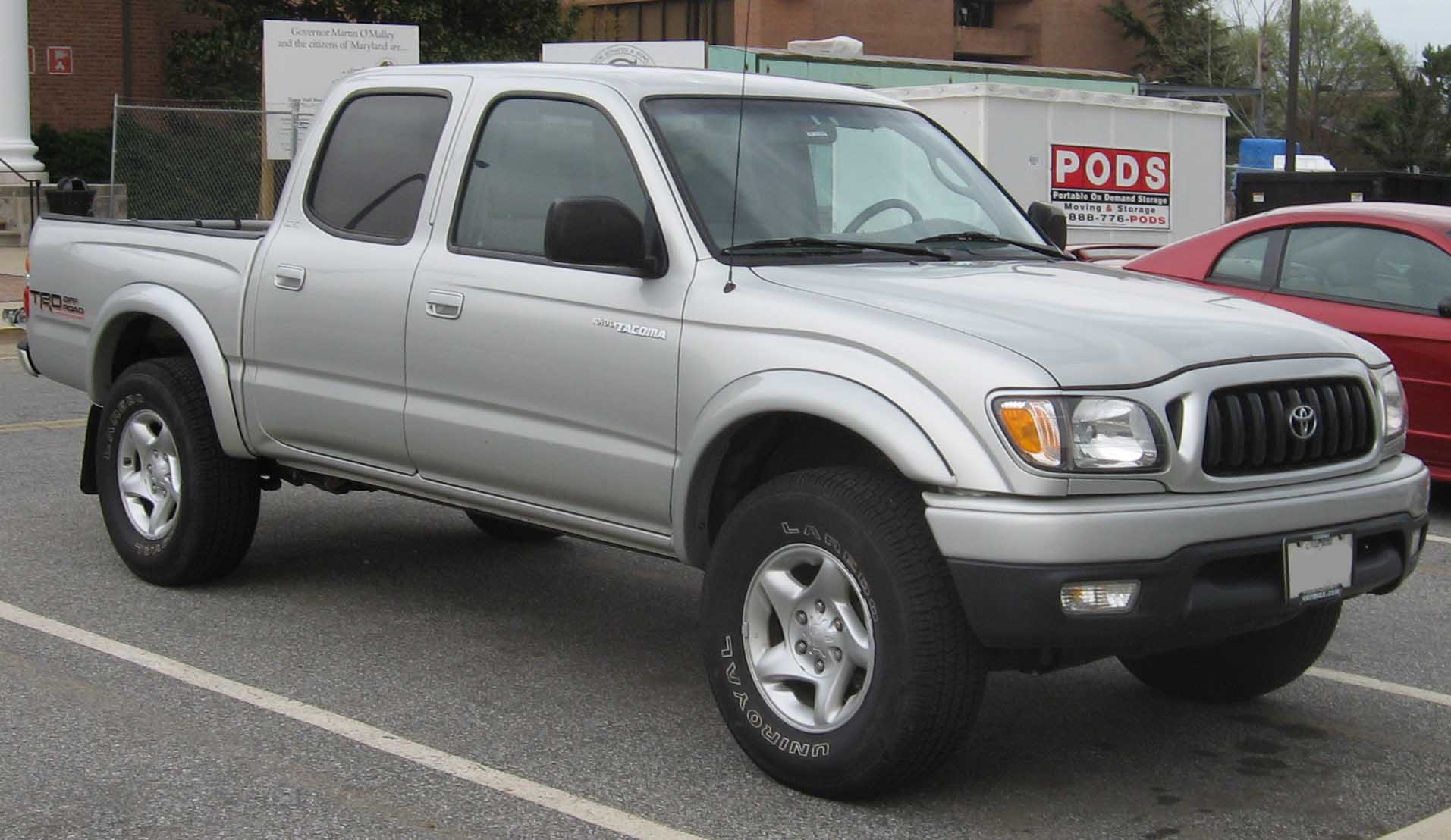