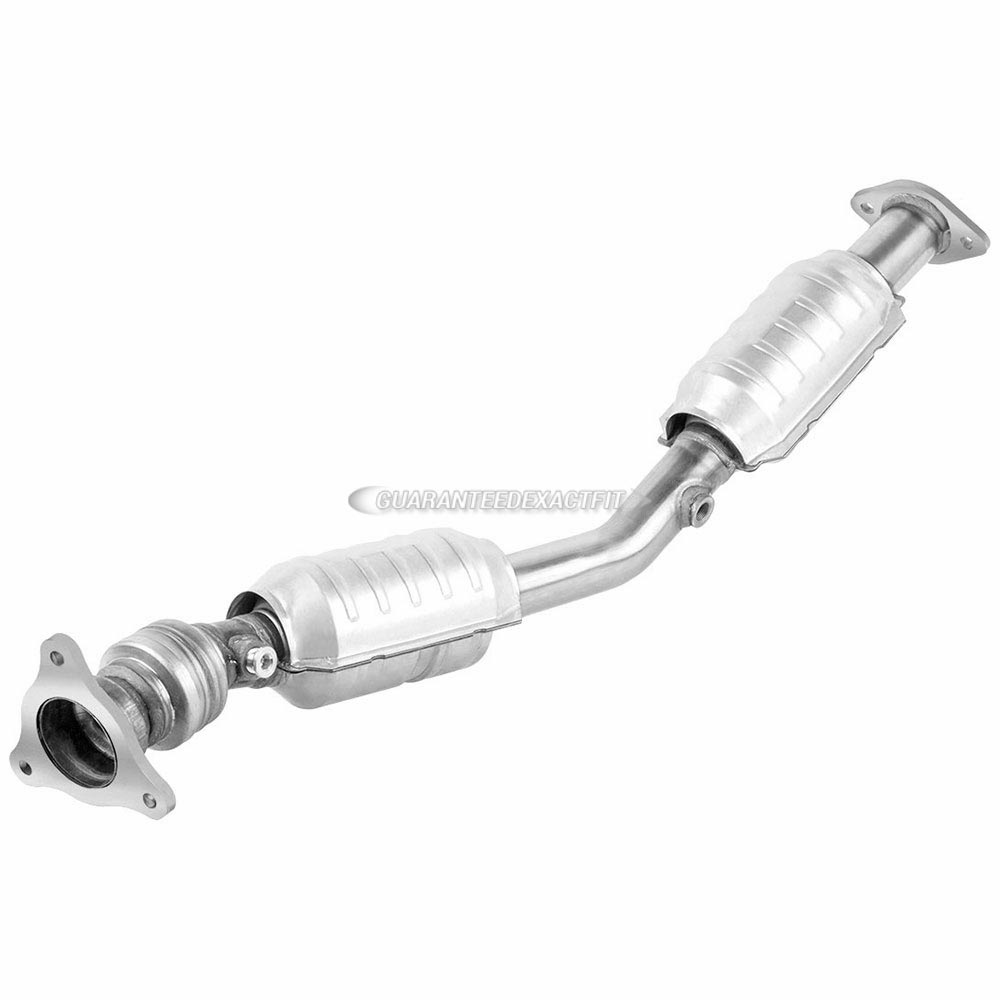 A catalytic converter reduces the extent of harmful substances in the exhaust gases and releases them as a less-toxic gas into the atmosphere. There are no moving parts in the catalytic converter. The exhaust stream contains raw emissions such as hydrocarbons (HC), carbon monoxide (CO), and nitric oxide (NOX). The catalytic converter reduces the levels of these hazardous substances to acceptable standards required by the EPA (Environmental Protection Agency) and CARB (California Air Resources Board). The most common reason for replacing an OBDII converter is a PO420 code which indicates a “catalyst inefficiency”. This is caused when the rear oxygen sensor is reading a fluctuation that is greater than the vehicle computer's limits.

NOTE: The oxygen sensors only measure the oxygen retention of the catalyst, ignoring the levels of hydrocarbons, carbon monoxide and other toxic substances. *We have found that using a fuel that has a higher level of octane than the fuel recommended by the manufacturer can cause red light problems. It will also cause too much carbon build-up and trip the PO420 code.*

Causes of a Faulty Cat Converter

The following are constraints that include the major components to check before replacing a defective converter, and lists the common causes of a failed converter:

The manufacturer’s warranty will not cover converter failure that is caused due to engine malfunction or contaminated fuel.

Symptoms/Indications of a Bad Catalytic Converter