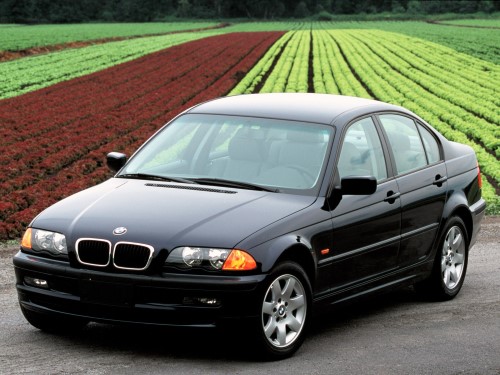 We often take power steering for granted until the accessory belt breaks or a part fails and we're left to muscle the front wheels around on our own. And as the section width of the average passenger car tire has gotten wider it has become almost impossible to do without some sort of power assist. But too much assist can feel cheap and make for a rather numb driving experience. For BMW, which calls each of its vehicles "The Ultimate Driving Machine," anything less than perfect steering feedback, without too much effort, is not good enough which is why they equipped the 1999-2006 BMW E46 3 Series with an optional active power steering assist system.

Unlike a traditional hydraulic power steering system which supplies the same level of assist throughout the range of motion and at any speed, the active power steering system in some BMW models varies the level of assist based on speed. For instance: at low speed, the system would offer the most assist to help with maneuverability and parking, at higher speed this would be reduced to improve the driving feel and weight of the steering. And above 75mph it could even reduce driver steering input to keep the car stable and reduce unintended steering movements. But as remarkable as the active power steering system in the E46 BMW is, over the years since its introduction, it has developed a reputation for poor reliability and premature failure.

The usual point of failure for the BMW E46 3 series power steering system is nearly always the pump. When the power steering pump starts to fail, it often makes a groaning noise as the steering is turned, and you will notice some increased effort in turning the wheel. You might even notice some leaking power steering fluid from the pump itself or on the ground where you park. When this happens, the pump must be replaced to avoid damage to the accessory belt and for proper steering response while driving. At BuyAutoParts.com, we stock new OEM BMW Power Steering Pumps guaranteed to be an exact fit and at a price that won't blow your budget. 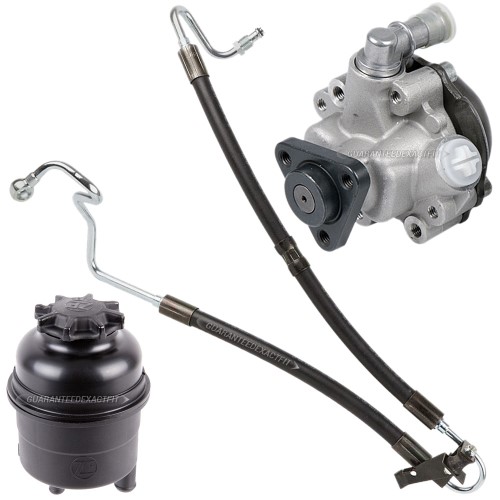 When servicing your power steering system, you'll also need to address the cause of the pump failure. The most common reason is low fluid caused by a leak in one of the hoses or by a clogged filter in the bottom of the power steering fluid reservoir. When the pump runs dry, the friction inside causes abnormal wear to the bearings and interior surfaces that are left without lubrication from the fluid. Unfortunately, the filter at the bottom of the reservoir is not serviceable and you'll need to replace the reservoir. Likewise, the high pressure hose that is a frequent source of leaks can't be repaired and must be replaced to prevent the fluid level from dropping again.