Five of the Scariest Roadtrips on Earth

The vacation season will soon be upon us, and that means hitting the highway – extended roadtrips, long drives and faraway destinations. Fortunately in America, the roads are pretty safe. Even Coastal Highway 1, the west coast route perched above the Pacific Ocean, has plentiful guardrails, reasonable speed limits and clearly-marked road hazards. Some Americans may think Highway 1 is scary, but it is mere child’s play compared to some other roads scattered across the globe.

If your idea of a roadtrip involves hairpin turns, little or no guardrail protection and potential disaster every mile of the way, here are a handful of roads that’ll grab your attention: 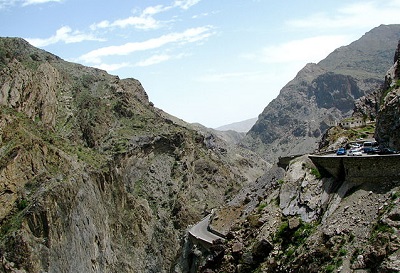 Forget the perilous mountain peaks, if you can for a minute. Try to block out the fact there are absolutely no guardrails for miles and miles. And ignore the huge cargo trucks careening toward you. The Jalalabad to Kabul road in Afghanistan, based on those factors alone, would qualify as one of the most dangerous places to take a roadtrip. Throw in roadside bombs, the occasional drone strike and intermittent warfare, and the J-to-K road heads straight to the top of the list. 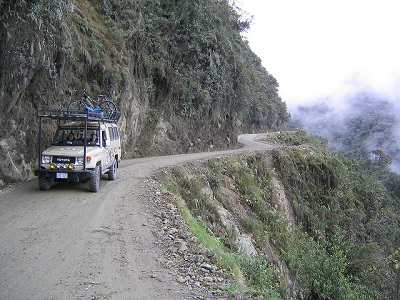 If you’re about to embark on a roadtrip, and your GPS device says, “Take a right turn onto Death Road,” well, you may want to consider an alternate route. Twenty years ago, it was identified as the “world’s most dangerous road.” The Death Road is over 40 miles long and has a total drop of 2 miles. And before another stretch of road opened last decade, the road lived up to its name: about 250 travelers were killed each year. The Sichuan-Tibet Highway, nearly 1,500 miles long and winding through some of the country’s most unforgiving landscapes, is the scene of numerous rockslides, dicey weather and fearless drivers. If you’re able to avoid all that, keep in mind this road is subject to massive avalanches. 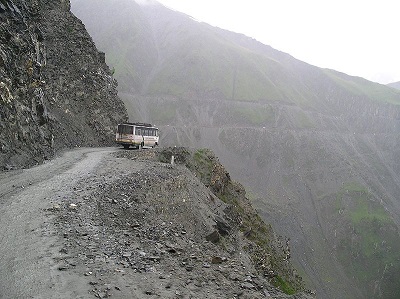 In any list of the scariest roadtrips on the planet, we had to include a route in the highest mountains. This essential stretch of road is nearly impassable in the winter, but for 8-9 months, locals use this pass to access the low-lying Himalayan foothills. If you’re ever on the Zoji La Pass, it’s best to keep your eyes on the road. Not just because it’s always a good idea to keep your eyes on the road, but because your eyes won’t look down. And trust us, you don’t want to look down! 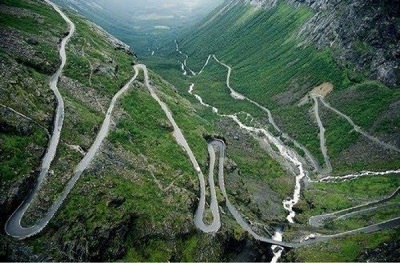 This road is in the news a lot, but always for the wrong reasons. One of most dangerous roads in Asia, the Halsema claims hundreds of lives every year. Similar to the Sichuan –Tibet Highway in China, this road is fraught with abundant natural risks. No other road in the Philippines is higher than the Halsema. If you really want to experience Halsema in all its hellish hazards, try a road trip during the rainy season, when even the most seasoned local drivers avoid the road due to frequent landslides.

Gearing up for your own roadtrip? BuyAutoParts.com stocks thousands of quality OEM parts online, including engine components, after market accessories and many other essentials. Questions about a particular part? Speak with an auto parts expert at (888) 907-7225 or message us here.

Have a few personal favorite hair-raising roadtrips, highways and byways? Visit our contact page to let us know. We always love hearing from our customers!