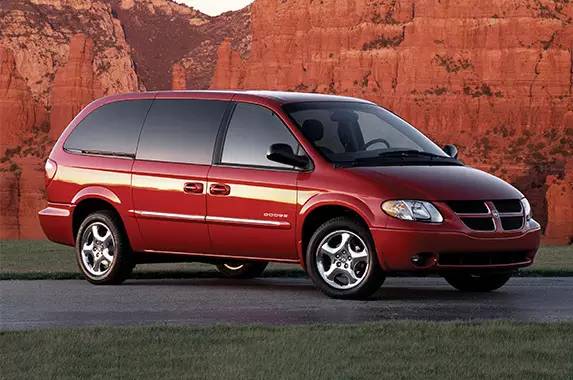 Fall has finally arrived across much of the country which means cooler temperatures and a reprieve from the sweltering summer heat. But even if you don't need to keep cool, a properly working air conditioning system is very important for your driving comfort while commuting or on a road trip this fall and winter. Beyond keeping the cabin cool on a hot day, the air conditioning system in your 2001-2007 Chrysler Voyager, Dodge Grand Caravan, or Chrysler Town and Country also works with the rest of your climate control system to defog your windows and dehumidify the cabin to keep the windows clear and prevent frost from forming on the inside of the cold glass. But air-conditioning system repairs can be incredibly costly to have repaired at the mechanic. You can save your wallet some hurt by knowing the common problems that can occur in your air-conditioning system, and completing the repair yourself.

The air conditioning system in your 2001-2007 Chrysler Voyager, Dodge Grand Caravan, or Chrysler Town and Country uses several components working together to cool down the air that is blown through your dash vents. The heart of this system, and the source of most of the problems when things go wrong, is the air-conditioning compressor which pumps compressed refrigerant through the system where it chills the air.

The compressor is attached to the side of the engine block by a bracket and is driven by a pulley driven by the engine's crankshaft through an accessory belt. When the air conditioning system is turned on, an electromagnetic clutch engages the pulley with the compressor shaft, causing it to turn and begin compressing and pumping the refrigerant through the system. The most common point of failure is the bearings in the pulley which can start to wear after tens or hundreds of thousands of miles. As the bearings grind, they generate incredible heat which can cause the clutch electromagnet to fail or cause the accessory belt to melt. A grinding or metal-on-metal hissing noise from the front of the engine bay that gets worse when the air-conditioning system is switched on or off is a tell-tale sign of worn compressor bearings.

A similar A/C compressor clutch problem can be caused by leaking oil from the front of the compressor. Every air-conditioning system uses a small amount of lubricating oil within its piping to keep the compressor internals spinning freely. When the seals at the front of the compressor leak, the escaping oil can cause the clutch to slip or not fully engage. This is usually an intermittent problem and it's hard to diagnose, but you might notice that your A/C isn't cooling with the same efficiency over time, or that it cycles on and off constantly.

When the oil is completely drained from your Dodge or Chrysler minivan's air-conditioning system, the problems get much worse. Without lubrication, the internal moving parts can start to grind against one another and wear. This not only damages the internals of the compressor, but it can also send a slurry of metal shavings and debris throughout the narrow passages in the system, necessitating a complete system replacement costing hundreds or thousands of dollars.

If you have started to notice any of the problems noted above in your 2001-2007 Chrysler Voyager, Dodge Grand Caravan, or Chrysler Town and Country minivan, make sure you service the air-conditioning system soon before it fails this fall, leaving you with foggy widows and musty air in the cabin. BuyAutoParts.com stocks brand new Air-Conditioning compressors for the 2001-2007 Chrysler and Dodge, Voyager, Grand Caravan, and Town and Country that can make servicing your A/C system a breeze. It's rarely possible for a compressor to be rebuilt by the average do-it-yourselfer especially if it's suffered internal damage or overheated bearings so complete replacement is often the best course of action. Our new Chrysler and Dodge A/C compressors come with a preinstalled clutch and pulley for easy installation and with a price tag that is lower than getting your old unit professionally rebuilt. 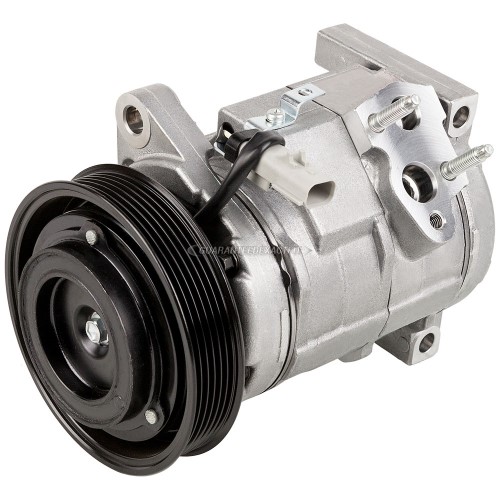 If your air condition hasn't been working for a while, it's the perfect time to service the entire system and perform a complete overhaul with complete A/C compressor kits for 2001 Dodge and Chrysler Minivans from BuyAutoParts.com. These kits include everything you need to get you’re A/C system back in working order so you won't have to worry about ordering any parts or forgetting something when placing your order. It's all in the box! And remember all of our parts are guaranteed to be an exact fit for your vehicle and all of our New OEM A/C compressors for the Chrysler and Dodge Caravan, Voyager, and Town & Country minivans come with a 12 Month Unlimited Mileage Warranty so you can purchase with peace of mind.