Is a Matte Car Cool? No. 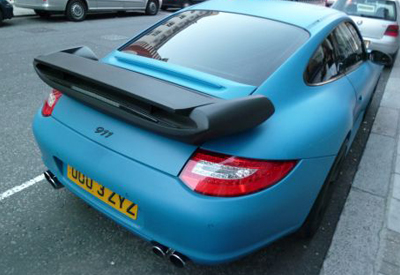 Is this a thing?

On my daily fun drives to-and-from work I have been noticing way too many matte colored vehicles. Thankfully, most of them are matte black as that is really the only matte color that really makes any sense. The word matte means, in its adjective form: dull and flat, without a shine. This is what people are doing to their cars, making them look dull and flat, and taking away the shine.

That is my only real question to those who ‘matte’ their cars. Of course, Justin Bieber is in on this trend, having been spotted effectively ruining a beautiful Ferrari 458 Italia by turning it Matte Blue. But we can’t really be surprised, as Mr. Bieber does a lot of things that puzzle the general public. He also has a lot of money, so this is probably more of a toy for him. I guess if I had his money I would ‘matte’ one of my toy cars too. (Read about Jay Leno's Car Collection)

The worst is when regular people who own beautiful, expensive luxury cars go and 'matte' their cars. It just makes me cringe. Go ahead and google matte colored luxury vehicle and you will see some examples, if it doesn't make you cringe then clearly you are a fan of the matte paint. Here is an example: 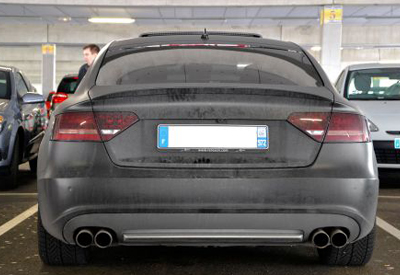 Matte colored vehicles just make the car look old. It looks like the paint has been eroded to the primer and for almost every make and model out there, it just looks ridiculous. One handy contributor to a car forum compared this trend to certain people’s fascination with chrome cars in the 80s and 90s (Read more about Car Trends that need to Die). People want to be different and this is a good way of doing so. Why take away one of the best parts of a cool car (the shiny beautiful paint)? The answer is beyond me, but I can safely assume that for some people the matte look is just cool. I can respect that, but I do not think I will ever agree. Even if the Biebs makes it go mainstream.

Enough with my opinion on this, what do you think about matte colored vehicles?