Blast From The Past: Chevrolet Monza 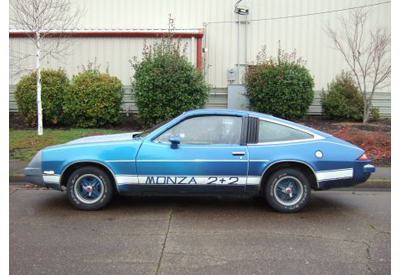 Every once in a while, I come across extinct car models I had never heard of before. When I do, I like to do a Google search to see what they looked like and most of the time I am not impressed. This makes sense; there is a reason why these models aren’t around anymore! Until recently when I looked up the Chevrolet Monza and was stunned by the fact this model only lasted 6 measly model years from 1975-1980. So, in an effort to right the wrong GM committed by letting the Chevrolet Monza go, I decided to write a post about everything you might find interesting about the Chevrolet Monza.

The Chevrolet Monza was sold in the United States from 1975-1980. Production began in 1974 and continued through 1980. The Monza had several body styles: 2-door 2 2 hatchback, 2-door coupe, 2-door hatchback and the 2-door station wagon. The engine sizes ranged from a 2.3 L l4 to a 5.7 L V8. Transmission options were 3, 4 and 5-speed manuals and a 3-speed automatic. The Monza was a sporty successor to the Chevrolet Vega and it's body style looked like the Vega dressed up for a night out on the town. In a way, this is why I like the Monza more than similar models of its time; it has this 1970s disco party vibe to it.

Originally, the introductory model of the Monza was supposed to introduce the GM-Wankel rotary engine, but the engine’s problems with fuel efficiency caused GM to scrap these plans. A Wankel rotary engine is a type of internal combustion engine that uses a rotary design to convert pressure into rotating motion. Advantages of this type of engine include simplicity, smoothness, compactness and high revs per minute. GM decided to scrap the plans of this engine after the Arab oil boycotts in the early 70s created public concern in the United States for the price of gasoline. The 1975 Monza 2 2 was completely designed to accommodate the GM-Wankel rotary engine. When GM dropped their plans they substituted the Wankel engine in the 2 2 for a fuel efficient 4.3 L V8 engine.

This sporty coupe was introduced in the mid-70s to compete with other sporty coupes like the Mustang II. The body variants within GM included the Buick Skyhawk, Oldsmobile Starfire and the Pontiac Sunbird. In 1975, the Monza 2 2 won Motor Trend magazine’s “Car of the Year” award. In the six model years that the Monza was produced a total of 731,504 were sold. Unfortunately in 1980, Chevrolet decided to let the Camaro and the Citation X-11 occupy Chevrolet's place in the sporty coupe market. The Chevrolet Monza was scrapped by GM in 1980 and now the Monza is just a random car model that comes up once in a blue moon. All we can do now is look at some more pictures of the now extinct Monza and wonder how it would look if it were still around: 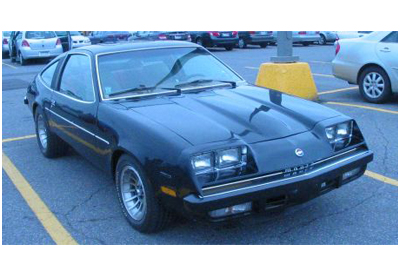 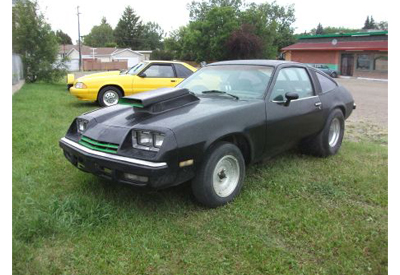 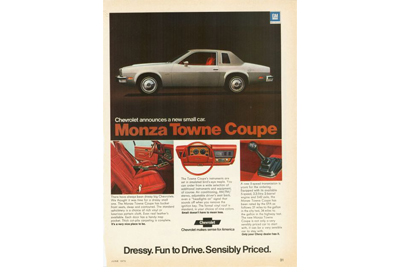 As part of throwback Thursday, do you have any more extinct models you wish were still around? If so, make sure to comment below or on our social media pages!