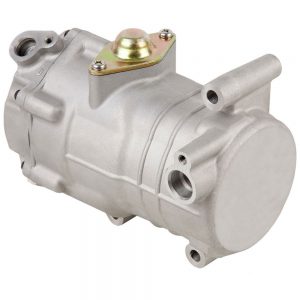 While they used to be a unique oddity, hybrid cars have become exceedingly normal and mainstream. As the tech has become more widespread, costs have come down enough to make it a more rational purchase now than it was when early adopters were trading in a well-worn CRX HF for a funky-looking first generation Honda Insight, or when Leonardo DiCaprio made the humble 2004 Toyota Prius a must-have fashion statement. Lincoln heavily advertised the fact that the 2012 MKZ sedan offered the hybrid powertrain as a zero-cost option, and new Mercedes models have eliminated the alternator and the rest of the accessory belt drive in favor of a 48-volt “mild hybrid” system to power the AC, power steering and all other in-car electronics.

Aside from the obvious fuel economy benefits, there are a couple neat side effects to hybrid vehicles. Due to their regenerative braking systems, brake pads and rotors can frequently last over 100k miles. The long-forgotten Chevy Silverado Hybrid was designed not for fuel economy, but to be a source of electricity for job sites. The AWD models of Toyota hybrids just add a second drive motor to the rear wheels, eliminating the need for a transfer case or rear driveshaft. You used to be able to get passes for express lanes in California until they got too clogged, defeating the purpose. Want to find an easy parking space at the mall? Get an EV or plug-in hybrid, and you can park right up front at the public chargers!

Because of their fuel economy, it makes sense that hybrid vehicles see a lot of commuting miles, which means they inevitably are going to need work at some point, and that presents a new set of challenges. Tires and suspension components need to account for the extra weight of a massive battery. Electronic components need to be ready to still run when the engine turns off at low speeds. While many early hybrids were based on regular cars and therefore share a lot of parts, dedicated models like the Prius could dedicate more of their design to achieve the highest MPG possible. For instance, the alternator is no longer required, and it uses electric power steering and an electric fuel pump for greater efficiency. The only thing left on a traditional vehicle’s belt drive would be the AC compressor, so instead of routing a belt for just that, they saved space and drivetrain losses by eliminating the belt drive altogether and having a fully electric compressor with no clutch at all, resulting in the funky-looking unit pictured above.

While the Prius and Honda Civic Hybrid are still very popular used cars, there are some more obscure early hybrids where parts availability is starting to get difficult. The standard Saturn Aura is long forgotten, to say nothing of the hybrid model. Chrysler made a whopping 400 total Dodge Durango and Chrysler Aspen hybrid SUVs, until their plant was closed as a result of their financial issues following the 2008 recession. Because these parts are hard to find, and often unique designs with higher production costs, many smaller parts retailers have been slow to catalog parts for these vehicles. BuyAutoParts has jumped in, and given our particular focus on AC parts, offer a compressor for every production hybrid and electric vehicle. We’re also partnered with Duralo, one of the few companies able to fully remanufacture electric power steering racks, and we’re starting to carry hybrid drive batteries as well, to hopefully bring that expense down for the owners of high-mileage vehicles.

Need help locating the correct part for your vehicle? Feel free to contact BuyAutoParts for knowledgeable assistance in getting guaranteed exact fit parts for any hybrid, diesel, EV or traditional gas vehicle from name brands like Denso, Bosch, Bilstein, Stigan and Duralo. Our parts pros are ready to help!